Locks and security in 2019 bring to the forefront the great importance of having more than a few layers of protection. When it’s cold outside, you layer up. Normal people probably won’t wear just a tank top in winter, or chest open shirt or paper-thin, holey skinny jeans, and be like, oh I’m so cold brrrrrrrrr ❄, but rather will wear clothing like a sweater or jacket over that tank and try to avoid wearing ripped up jeans with holes when it’s below 60°F. The same is true for security and locks because, you want to have many barriers of entry to your home or space. 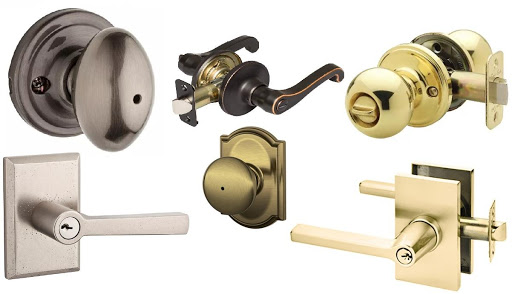 A lot of cool new locks have hit the market in recent years that will make your doors a lot more secure and stylish. Neighborhood hardware or big-box stores don’t really have the most choices in lock hardware, and the distinctions between higher-security locks and standard security are hard to see but you can find more options elsewhere. You need to have a traditional security layer between you and the outside that will work every day to offer protection from people walking in and locks provide some of that privacy when you use them.

Even if you live alone and no one is most likely going to be in there when you get back, lock all doors inside and out. Most people come home and take for granted there isn’t some creep hiding in their bedroom waiting for you to come home and walk in without paying attention. Sure it could be a friend or even someone you know and thought that would not try to hurt you, but still, it’s better to keep all the inside doors locked too and check first when you enter the room before something happens. I could go into a whole gun law or rights thought process or stand-your-ground thing here but that’s for another security blog. The point is, if you have locks, use them.

Electronic and keypad locks are an extra layer of security for when you want to allow someone access momentarily and prefer they do not have a key. Codes are easily changeable or addable instead of having your whole house rekeyed if you gave a key to someone you don’t like, trust, or want back at your house when you’re not there. Having at least one of this type of lock is also a preventative measure one can take to avoid losing keys altogether.

When you go out walking your dog or for a run, you can leave your keys at home instead of risk the chance the keys fall out of your pocket and are picked up by someone with ill intentions.

A couple of other tips for ensuring the electronic or keypad lock is a benefit to your security suite include checking to be sure the batteries in the lock are working so you can still get in, choosing very hard-to-guess codes that would have no meaning to anyone else, and changing your code every few months so no buttons will get worn out. Also, if it’s a lock with an electronic screen, keep the screen clean so it quickly recognizes input of the code.

Video camera systems outside and in can be a really fun addition to a house or business. You could capture footage of adorable wildlife wandering around in your yard, or even kind-of-interesting or hilarious happenings you would probably not ordinarily see because videoees had no idea they were being filmed. However, video systems mainly serve to catch harmful people before they can hurt you or destroy your home or access your property.

There are many options for surveillance systems but finding the right one for your home can be a little tough. It’s important to consider the cost because chances are you may need many cameras to get every foot of your property on camera with visual and/or audio clarity, and larger properties require more cameras. 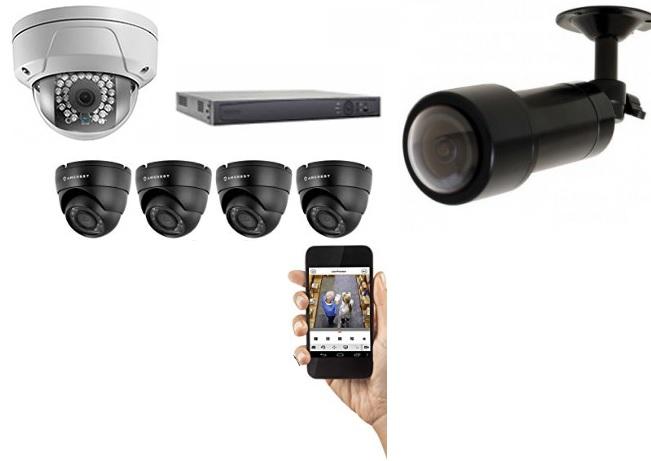 Another aspect to noodle on when choosing a camera system is whether or not you want one that uploads footage to the cloud or stores it in a closed system. If you’re uploading to the cloud… um, you really don’t need me to finish this sentence. Storage of data for those with a closed-circuit system can be tricky because you’ll end up with many hours of what seems to be nothingness but make a back-up and store copies of anything important in a safe or in your safety deposit box at the bank. 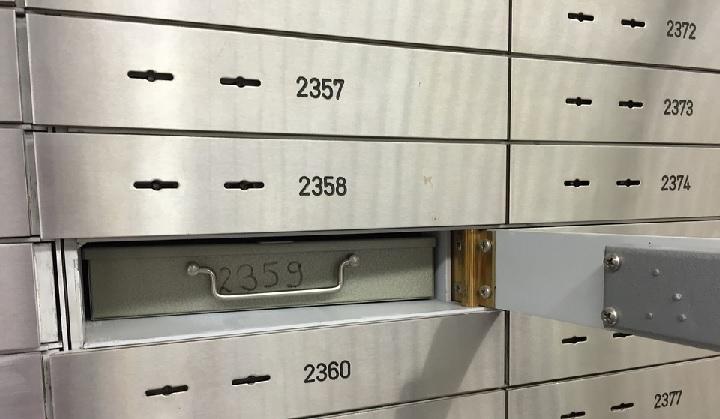 Camera mounting is crucial to prevent would-be criminals from reaching them and it’s important to keep them from anyone’s arm’s length. A few regular ordinary hidden cameras as well will keep you steps ahead of ‘frenemies’ and other snoopy-doopyes of sorts. Nowadays, there are even cameras with a facial-recognition feature so you can upload photos of your friends and family or of those unwelcomed that will send a report to the police.

There are a couple of mechanical items available that will slow down entrants unwanted or make them to give up before they can get in.

Chains or door guards make a door harder to kick in or force open without a lot of loud sound of the crunching of wood. Having a pre-recorded sound byte handy or having people call on the phone well-ahead instead of just showing up requires electricity so isn’t mechanical in the traditional sense, but it is vital to knowing who is really standing outside. And good ole’ booby traps, such as a string, a well-placed sprinkle of dirt, a longer bag of zip ties, noisemakers, or glassy or metal chimes, go a long way. 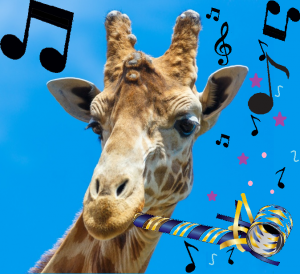 Basically altogether, it is awareness of what security is that is key, and people should really understand that if they come enter your area, they had better behave.